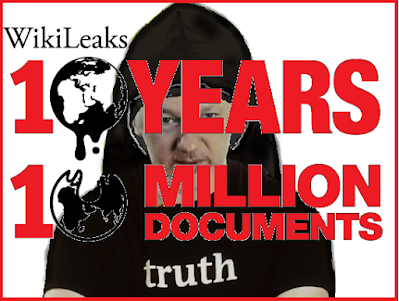 One of the Delphic maxims is the simple instruction "Nothing in extreme". One end of the extreme produces excesses, the other produces inefficiencies. This holds true in life as in politics.

Centuries ago, Aristotle discussed this in his work on Ethics where he favoured the Golden Mean, a centrist political view that it is best to hold a position of social equality within a social hierarchical structure. Then again, this leads to the Argument to Moderation, or Golden Mean Fallacy, a false narrative that in two extreme views, Truth must lie somewhere in between. If you say the leaves are green and I say they are yellow, then the leaves must be lime in colour.

Funny thing is, in politics, there is a 'horseshoe theory' that says the political spectrum is not linear, but a continuum. The extreme Left ends up with socialist dystopian Totalitarianism. the extreme Right ends up with right wing-extremist fascist Totalitarianism. Nevertheless, a linear view helps in our understanding. In the two-party system of the US, the Democrats are on the Left and Republicans on the Right. In a nutshell, Democrats represent a socialist view -- government takes care of everything in your life, hence big government, all sorts of regulations, big social spending (means more control over the masses); Republicans believe in freedom - to each his own, hence small government, less regulations and less social spending. Within both parties there are forces pulling to the Left of the party and forces pulling Right. In most cases, the Centre ground holds sway as the majority tends to be centrists.

Party members who profess more radical Left ideologies are called progressives. In the case of Democrats, this is skewing to more radical socialist or collectivist ideals. In the past decade, the Democrats have been shifting to the Left gradually. This move accentuated during the Obama era. In the past 6 years, it has taken on momentum with urgency and emboldened radical voices grown shrill. It is most likely a frustrating reaction to the disruption of their rise by the Trump presidency.

The Squad
Media and academia attributes the shift to the extreme Left to the rise of radical democrats. The older hands being Bernie Sanders and Elizabeth Warren and the younger set known as the Squad, comprising of 4 neophyte Congresswomen Rashida Tlaib, Ayanna Pressley, Ilhan Omar and Alexandria Ocasio-Cortez. These 4 Dem Reps are loud and radical and play the populist card. In my opinion, they have been given a reputation not founded on reality. They have no national base. At best, they are great tik tok or Twitter social influencers. It is begging credulity that these 4 newbies have the power to hold the party to ransom. A party capable of bending world events, assassinate heads of state, engineer regime changes, play sleigh of hand in 2016 DNC nomination to replace the legitimate winner Sanders with Hillary Clinton, and again in 2020 to replace winner Pete Buttigieg with Joe Biden, etc but is impotent when it comes to the Squad. It's almost laughable.

The answer is, always has been, and always will be, MONEY. The moneyed guys control the country, never the politicians. But hold on a minute. Democrats are socialist and their base is the working class. Their political donation would come from the ordinary moms and pops. The big capitalists are the supporters of the free enterprise Republicans, right? Yes, it used to be. There has however, been a Big Switch. Today, the reverse is true. The Republicans are now the party of the working class and Democrats represent the moneyed guys. This switch happened during the Fourth Industrial Revolution.  Two paradigm shifts took place. The digital era has brought about a plethora of a new class of massive wealth amongst very liberal technologists. It has also brought to the scene a surge of liberal wealthy professionals. Some surveys show this class predominantly donate to the Democrat cause. In the big tech companies, more than 90% of employees donate to the Democrats. Big business owners, of whatever political colour, find their interest in a global economy controlled by them converge with the centuries old One World ideology of the old world European monarchies.

It is not so much that Democrats turned progressive, but the moneyed hands rejecting legacy capitalist model for a new construct where industrialists hold sway over politics in a new world order. Those who pays the piper, calls the tune.

The march towards a new world reset controlled by powerful elites and technocrats is predicated on radicalising the socialists. Thus we see the likes of George Soros and his cabal pouring billions of dollars to fund not just Democrats at State and Federal levels, but also in the executives. We see Soros appointees as state Attorney Generals and Secretaries of States where they have done the most damage in implementing criminal-friendly law and order policies, and in procedures prejudicial to voting integrity.

In the Weakileaks data dump I came across a Hillary Clinton email. It is not a Hillary composition, but rather her sharing of a Huffington Post article of 17 Nov 2010, when Obama was 2 years into his presidency. It was a report on a private meeting of Democracy Alliance which is a grouping of progressive donors to the Democrat cause. At the meeting, George Soros voiced his disappointment with Obama. They had just suffered a significant loss in the mid-terms. Soros was unhappy the Obama administration had not been progressive enough. He fingered the loss on the failure to convey their progressive message to the electorate. He was quoted to have said  "We have just lost this election, we need to draw a line. And if this president can't do what we need, it is time to start looking somewhere else."

Understand the money dynamics and this 25 sec clip of the Obama hot mic incident in 2012 then makes sense.

In the context of the sentiments of Soros in 2010, the excesses of the Left today, the cancel culture, drag queens, transgenderism, pronouns, racial equity, critical race education, criminal-friendly law enforcement and judicial shortcomings, defund police, open borders, etc, all these now make a lot of sense. Puppeteers are the progressive donors of the Democratic Alliance like George Soros whose moneyed hands pull the strings that move the Biden marionette. The Democrats now go progressive with a vengeance.

Posted by Pat Low at 7:30 PM No comments:
Email ThisBlogThis!Share to TwitterShare to FacebookShare to Pinterest
Older Posts Home
Subscribe to: Posts (Atom)